Shane and his Better Half

Read my interview with The Master’s Review.

You can also read an interview I did with Narrative Ink. And here’s one I did with fellow wordsmith, Joe Carro.

Shane R Collins received his MFA in Creative Writing from Stonecoast at the University of Southern Maine. There, he worked closely with Boman Desai (A Woman Madly in Love), Sarah Braunstein (The Sweet Relief of Missing Children), Elizabeth Hand (Illyria, Generation Loss), Aaron Hamburger (The View From Stalin’s Head), Rick Bass (The Lives of Rocks, All the Land to Hold Us), and Alexs Pate (Amistad, Leaving Absolom). He is currently seeking representation for a novel-in-stories called ROTC-Land loosely based on his own experiences in Army ROTC at the University of Massachusetts in Amherst. He is also working on the first draft of a crime noir set in Vermont.

Shane went to undergraduate school at the University of Massachusetts where he earned his BA in English and a concentration in Creative Writing. He participated in a half-dozen workshops there – including ones at Amherst College and Mount Holyoke College – and trained under authors such as Corinne Demas, John Hennessy, and Alexander Chee.

He has published several short stories in markets such as Straylight Literary Magazine, Midwest Literary Review, and The Copperfield Review. One of his stories was chosen by Lev Grossman to appear in The Masters Review. Another story was a Finalist for the 2015 Best New Writing.

In his free time, Collins enjoys hiking, camping, fishing, and target shooting. He likes drive-in movies and listening to vinyl records. During the winter months, you’re likely to catch him binge-watching Breaking Bad, The Walking Dead and House of Cards. Shane lives in rural Vermont with his wife, Chloe, and their dog, Haley. 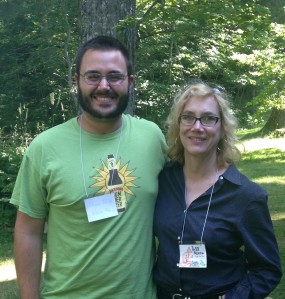